Are you residing in Makati City? Looking to buy flowers in Makati hassle-free? Evy’s Flower Shop offers delivery in Makati and is the best option for you!

Why? Because we are affordable, however we are not cheap. Our flowers are fresh and elegant and moreover. Our service is fast and reliable!

What more can we offer to you?

In addition to the three reasons mentioned above, we have promos and packages that are perfect for you and your loved one.

Contact us and you will surely get the cheapest price ever but no compromises in quality and freshness!

Flower Delivery Makati by Evys will surely not only amaze you, but above all, will satisfy you!

Evy’s constantly amazes its customers. You won’t ever regret it.

Being known as the financial center of the Philippines, most of major businesses in the country are based in this city such as: 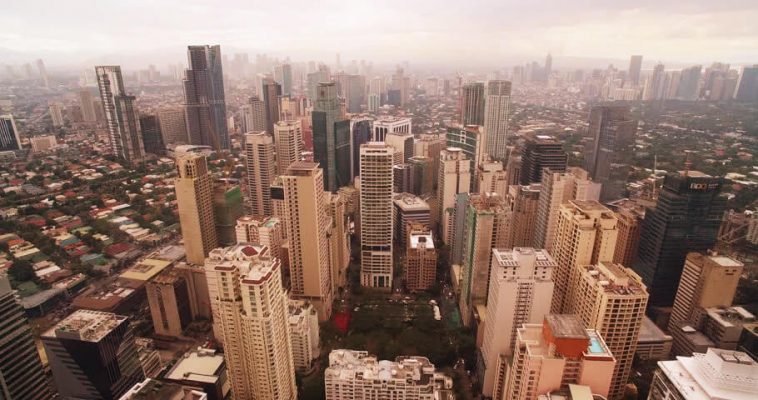 Business men and tycoons prefer and choose to establish their businesses in the city.

Its population of 582,602 (2015 census) continues to increase during working days. It is estimated to be more than a million.

Over 62,000 business enterprises lying at the periphery of the city. In terms of income from local sources, Makati City is considered as the richest local government unit (LGU) in the country.

However, being the center of businesses, does have its drawbacks.

Makati City is facing one of the Philippine’s major problems – the large traffic volumes – blocking some main roads of the city.

As each year passes, the issue with the heavy traffic continue to be the main problem of the highly urbanized city.

This issue causes the city’s labor force to be problematic during rush hours, holidays, and most especially during special occasions: anniversaries and birthdays, which fall on weekdays.

Now, let us get into your imagination and envision yourself into that situation.

It is supposed to be a perfect day, you and your wife’s anniversary, actually.

After working hours, you are planned to have a dinner to celebrate your love for each other, however, since it is a Friday night, you are stuck in a heavy traffic.

You will be able to be in your favorite restaurant on time but you will reach your destination without your wife’s favorite roses.

How are you going to handle the situation?

Well, you have nothing to worry about because with today’s one-click delivery, the power is in your hands now!

Giving flowers, no matter if it is just one stem of rose or a bouquet, to your loved one is something special that cannot be denied as romantic.

It has been the country’s tradition that through flowers, together with a simple card, an individual can express their feelings to the receiver.

Going back to the situation, you are kilometres away from the meeting place and you are running out of time if you will decide to go in a flower shop first before going to the restaurant.

Stuck in a heavy traffic, you want to ask everyone to send help! Do you know who is your going to call?

Flower shops can be also found in the city of central business district.

And just like your favorite pizza parlor and online stores, flower shops are now also offering online delivery service to help those who are busy at work and do not have the time to drop by in their shops.

Flower Delivery Makati: Easy as One, Two, and Three

Now, let us help you to get out of that trouble and how flower delivery is done.

The first thing you must do is to look for flower shops in Makati.

As you search for it, you will encounter a number of flower shops that offers deliveries in the city.

Of course, you must locate the nearest flower shops in your meeting place.

Next, choose the perfect flowers for your special someone that fits the special occasion. Click “add to cart” and proceed to checkout.

Upon checking out, you will need to fill out some important forms to complete the service – your personal information and the receiver’s information .

Please do not forget to write your message for that special someone.

Well, when it comes to the payment, you have nothing to worry about because just like any other online delivery services, it will be easy as one, two, and three.

Most of the flower shops that offer the delivery service also accept payment through card and cash on delivery.

After selecting the mode of payment, you are now ready to place your order and on time, you will be able to meet your wife with her favorite flower on your hand!

City of Makati’s heavy traffic? No problem. Running out of time?

No worries. With today’s fast-changing and fast-growing technologies, you can now surpass these major problems that may affect your special day.

With just some clicks of our thumb, we can now give the best gift for our special someone assuring its quality while consuming lesser time and lesser money.

You can still give your wife a memorable and romantic anniversary celebration that she will truly remember with our service.

Of course, having a remarkable day does not depend on what you have given, but it is the effort you have exerted to make the day unforgettable and special.

Flower Delivery Makati by Evys is the best in the Philippines!

CUT-OFF TIME: 3PM for Quezon City & 12NN for other areas in Metro Manila and nearby provinces. Dismiss